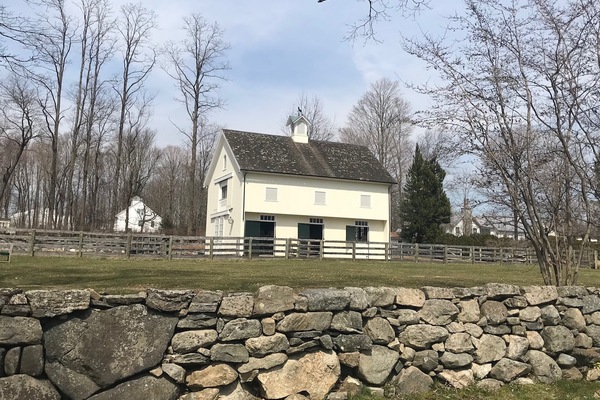 [This ride is being organized by GravelNY - an Strava-based gravel club that grew out of gravel rides here at Out Cycling. It has a mix of gay and straight riders. If you plan on going, in addition to RSVPing here, please also RSVP on the Strava event page - if you're on Strava - https://www.strava.com/clubs/513005/group_events/1134722]

There are three speed/distance groups:

This week we start in Katonah and ride some of Westchester County's best dirt roads. Compared to Cold Spring the week before there's more horse farms and open vistas.

Because of the way the routes are structured we're hoping the groups will encounter each other during the course of the ride as a faster/longer distance group catches up to a slower/shorter distance group. It also means that if you're in the long or medium distance groups you can dial back the intensity by skipping one or more diversions.

The meeting location is the parking lot of the Katonah MetroNorth station. And it's very important to note that THE SHORT DISTANCE GROUP STARTS ONE HOUR AFTER THE LONG AND MEDIUM DISTANCE GROUPS.

At the end of the ride we'll gather at Paulie's to socialize.

[The medium distance group should download both routes and switch between them as needed during the ride.]

Important: DO NOT download the routes until a couple days before the ride since we may need to modify them if we learn of issues along the route.

And, as always, please review and agree to the GravelNY ride guidelines before coming on the ride - https://grny.org/guidelines