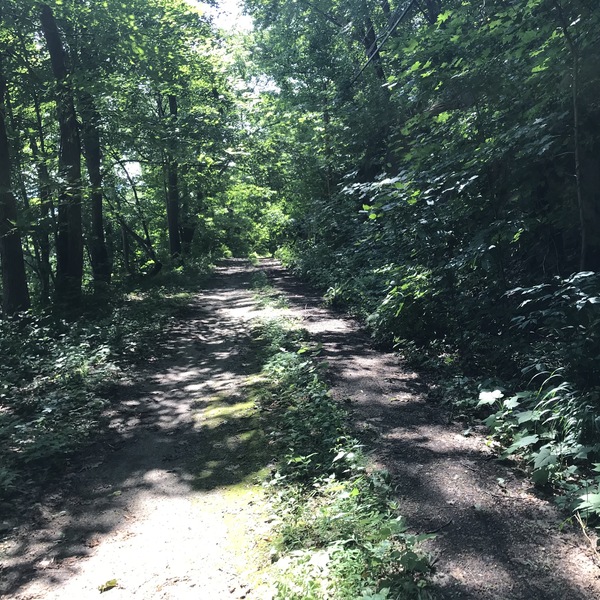 Please Note: This ride is not skinny tire friendly. 38-47mm tires are recommented, and 32mm tires are a minimum for all but the strongest of riders.

Also… Due to the heat, this route is being reversed and shortened.

We'll start by taking the first train to Cold Spring, ride the dirt roads up there, head over the Bear Mount Bridge, ride the Jones Point Path, then the Hudson River Greenway between Haverstraw and Upper Nyack and then take MetroNorth home from Nyack. We will be skipping Rockland Lake.

It's worth noting that there is 1,000 feet of climbing in the first 6 miles. But it's all on quiet dirt roads. It's then rolling hills until the dirt roads end just before the Bear Mountain Bridge. After that the terrain is much flatter.

If you're fine with the heat, you can continue to ride south on either side of the river. We may ride a bit further south (on the OCA) and take MetroNorth from some place like Yonkers… We'll figure it out in the moment.

In week three everyone heads to Rockland Lake. We start by going up Knickerbocker Road, then go through Old Tappan (which is very quaint 🎥), then we get on the Joseph B Clarke rail trail (🎥) and take that up to Blauvelt. Then up through West Nyack and then to Congers where we'll grab lunch at Steve's Prime Meats and then go over to Rockland Lake to eat.

Multi-Surface Riders ride on the boardwalk that goes out over Congers Lake (🎥) just before lunch. Then after lunch they ride with the hill climbers as they go north on the (gravel 🎥) Hudson River Greenway to Haverstraw. Just before Bear Mountain multi-surface riders split off to ride the Jones Point Path (which is sometimes unpassable late in the season 🎥). Instead of climbing Bear Mountain, they cross the river and do their climbing on dirt / gravel unless they're too tired at that point – in which case they can take relatively flat, paved roads to MetroNorth at Garrison or Cold Spring.

Old start location: Manhattan side of the GWB

Cycle for the Cause 275 Challenge Closing Ride and Celebration