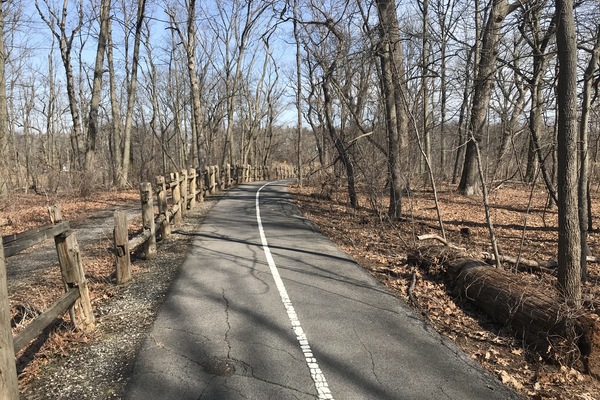 Healthy Habits Riders ride with Metric Century riders through some nice residential areas in New Rochelle, then take a greenway through Pelham Bay Park (lovely 🎥) where they diverge from the Metric Century folks and take the Hutchinson River Greenway south (parts of which are in slight disrepair). After that it's a mix of mostly quiet urban streets and greenways including greenways through Pugsley Creek Park (🎥) and Soundview Park (🎥). The ride ends on Randalls Island (not Inwood).

Despite all the greenways, much of the ride through the Bronx is pretty "urban". It's safe,  and you're routed on the quietest streets possible, but if frequent "unclipping"bothers you, then we recommend  you use the Century route, and take MetroNorth back from Harrison (best option, 44 miles) or Rye (shorter option, 35 miles). Another option is to follow the Metric Century route and take the 6 train home after Throgs Neck (39 miles). There will still be a few stretches with a fair amount of unclipping, but just a few.