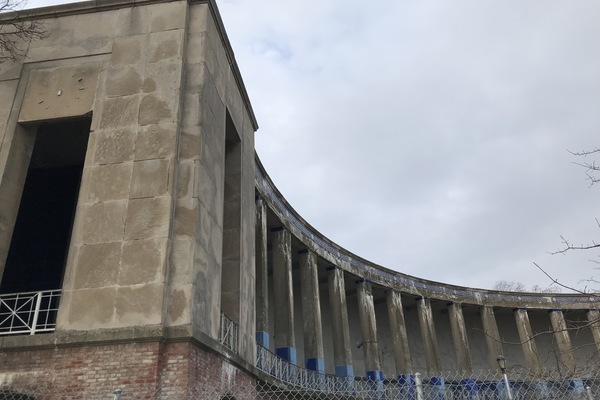 Metric Century Riders ride the same route as Healthy Habits riders through New Rochelle. In Pelham Bay Park (🎥) they split off and go over to Orchard Beach (once considered "The Riviera Of The Bronx"). Then they head south to Throgs Neck (🎥) where they can explore the fascinating Fort Schuyler. (Make sure to bring ID – since it's a Coast Guard facility you might be asked for ID, but usually they just waive you through). Then they rejoin the Healthy Habits route on a mix of mostly quiet urban streets and greenways including the greenways in Pugsley Creek Park (🎥) and Soundview Park (🎥). And finally the ride ends on Randalls Island.

All the caveats mentioned above about parts of the Bronx portion of the ride being "urban" are true for the Metric Century ride as well. If frequent "unclipping" bothers you, then we recommend you follow the Century route and take MetroNorth back from Harrison (44 miles).