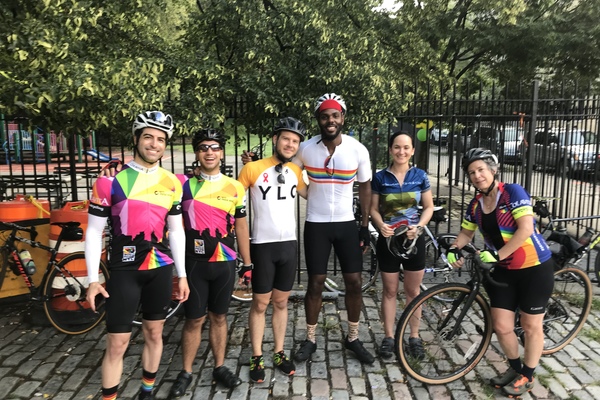 Some Pretty Parts of Westchester

PLEASE NOTE: THE RIDE WAS CHANGED FROM SATURDAY TO SUNDAY TO AVOID RAIN.

It rides up the South County Trail and the Bronx River Trail to the base of the Kensiso Dam in Valhalla, then goes over to Purchase and the northern edge of Rye and then down to Bronxville and then through the North Bronx.

This route is much like the shorter route except it avoids the twisty parts of the Bronx River Trail, and it climbs to the top of the Kensico Dam and continues on to Armonk, then down through the corner of Fairfield County where it rejoins the shorter route.

The shorter route is pretty well set. I've ridden 90+% of it and it's generally lovely. The full route is 52 miles (Inwood to Inwood). Dan and I will probably take the subway back when we get to the North Bronx (at ~45 miles).

The longer route is a bit more of a scouting/test ride (I haven't ridden the roads that parallel the Bronx River Trail, or much of the route north of the dam). So any feedback would be greatly appreciated.

Everyone MUST utilize Ride With GPS (or a Garmin or Wahoo nav system) to navigate. We tend to ride each at his own pace with brief stops for people to catch up. You will get lost (and possibly dropped) if you aren't using navigation. If you need help with Ride With GPS, ask Jay or Cal BEFORE the ride. A handlebar phone mount is strongly encouraged.

Jock-A-Thon 2019 - recap
Check out the LGBT Sports Teams in NYC!

Riding to the Rockaways - recap

Not sure of the distance

BIKE TO THE SOUTH POLE - recap

Party with the Sexy Gay Jocks!

Another Great Year - Time to Celebrate!