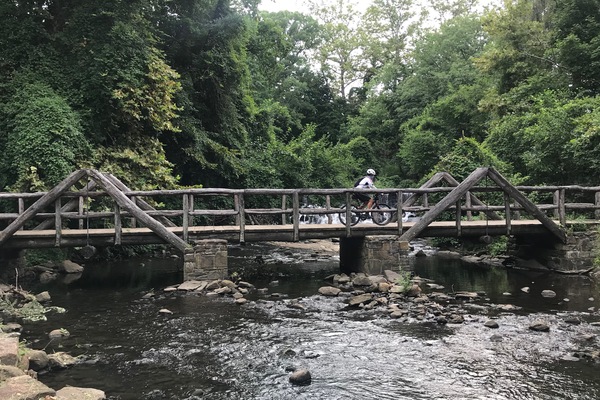 [This ride IS skinny tire friendly!]

Every summer the Westchester County government does "Bicycle Sundays" where they close down a portion of the Bronx River Parkway for a few hours every Sunday so it can be used by cyclists and pedestrians.

There is a small section of relatively pristine gravel that is skinny tire friendly. Otherwise all the trails are paved. The pace will be 15± mph, though we'll often be going slower on multi-use trails.