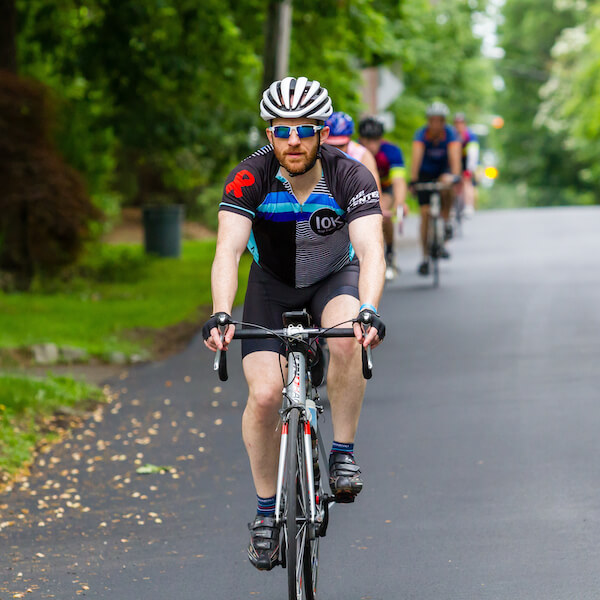 51 to 70 mile riders ride up the South County Trail and then continue on the North County Trail to Briarcliff Manor (where we had the picnic in years past). Then they take some lovely surface streets south to Tarrytown where they cross the bridge and then head through Piermont after which they do the hill climb in Columbia's Lamont campus, then they go to State Line Lookout, and finally down River Road to Fort Lee Historic Park for a picnic with the other groups.

To shorten the ride by 10 miles, take the Tarrytown connector from the North County Trail to the Cuomo Bridge (🎥)  Then head through Piermont and down through Tallman Mountain State Park. After Tallman, do the hill climb in Columbia's Lamont campus, heading to  State Line Lookout, and finally down River Road to Fort Lee Historic Park for a picnic with the other groups.

The ride starts at a park a few blocks from the GW Bridge, goes up the greenway to get to Riverdale. Hill Climbers diverge a little from the main group in Riverdale to climb some additional hills, but then everyone gets on the South County Trail, which becomes the North County Trail as you pass Tarrytown. When you get to Briarcliff the routes diverge.