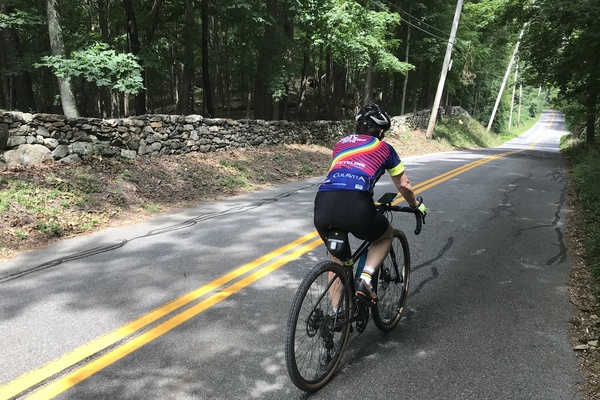 Four Score Tourers climb to the top of the Kensico Dam, then head north to the Whippoorwill Club and then over to Armonk. On the outskirts of Bedford they deviate from the Century route and head back to the City.

The route starting in Purchase skirts the edges between a lot of well-known Westchester towns – Rye Brook, Scarsdale, White Plains and Eastchester (to name a few). It's mostly all quiet residential streets until you get to Mount Vernon.

The "Metric Century Plus" Option

This route is much like the others but it turns back to the City a little sooner (they only ride for about a mile in Bedford).

This is a good alternate route to have handy for anyone who gets into the ride and realize they've bitten off a bit more than they can chew that day.

Getting back to Manhattan…

Those routes get you to Gun Hill Road in the Bronx where you can either take the 2 or 5 train that's a couple blocks away, or take one of these routes back to Manhattan…